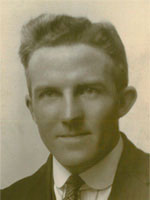 Treloar & Treloar is one of the longest continuously-operating legal practices in South Australia. In 1923 Mr James Leonard Sydney Treloar (“Len”) commenced practising across all areas of the law at 38 Grenfell Street. He was later joined by his brother Mr Albert Edward Coran Treloar, and the two brothers forged a strong reputation.

After the death of Mr Len Treloar, his two sons Hugh and Lionel carried on the legal practice. They were joined in partnership by Ray Frost, and in 1975 the firm moved to 22 Grenfell Street, from where it operates today.

Over time, a willingness to tackle difficult matters saw our firm develop a reputation as specialists in Deceased Estates and Estate Litigation. Lawyers and members of the public alike turned to Treloar & Treloar to benefit from their experience. 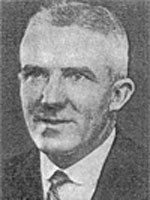 As the firm grew, Pam McEwin, and later Gaetano Aiello, joined as partners. Hugh Treloar passed away in 1991, and Lionel retired in 2007. Recently Ray Frost has retired, and the partnership is now carried on by Pam McEwin, Gaetano Aiello, Alison Tanzer and Christopher Parker.

Much has changed in South Australia and in the legal profession over the decades since Treloar & Treloar was founded, but much is still the same. The values on which our firm was founded are still as important and relevant now as then. 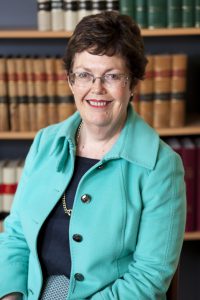 Pam McEwin was admitted to practice in 1982. After completing her Articles at Alderman Lee & Wilson, Pam joined Treloar & Treloar in 1984.

Pam has over 30 years experience in Will preparation, Probate and Estate Administration and Estate Litigation. She also prepares Enduring Powers of Attorney and Advance Care Directive documents.

Pam regularly lectured at the Diploma of Practical Legal Training course for legal graduates when that course was run by the Law Society of South Australia. She has delivered papers to the Law Society’s Country Lawyers Conference and has participated in Continuing Legal Education for Law Society Practitioners.

In 2003 Pam was appointed a Notary Public. She is a member of the Society of Trust and Estate Practitioners, an international organisation. 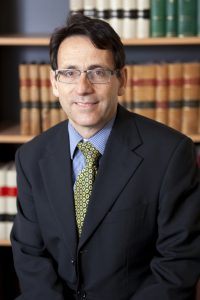 Gaetano joined the firm of Treloar & Treloar in 1990 and was admitted as a partner in 1997.

Widely experienced in deceased Estate Administration, Trusts, Wills and Estate Litigation, Gaetano is fluent in the Calabrese dialect of Italian. 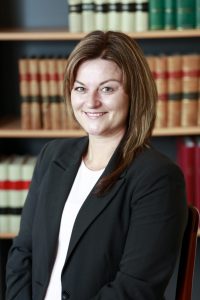 Alison was admitted to practice in 2005 following her placement at the Office of Public Advocate working within the Guardianship and Administration system.

Prior to joining Treloar & Treloar in 2011, she was employed as a general practitioner and her major areas of practice included Family Law, Commercial Law, Wills and Enduring Powers of Attorney and Advance Care Directives. 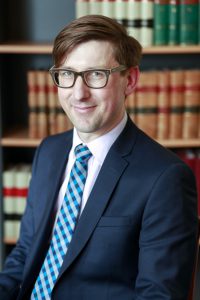 Chris joined Treloar & Treloar in 2011, and since that time has practised across the wide range of estate matters. He has a particular interest in completing complex Probate applications, and in drafting wills and other succession planning documents including reviewing arrangements for Self-Managed Superannuation Funds.

He is the other South Australian editor of de Groot & Nickel’s textbook “Family Provision in Australia and New Zealand”.

Chris grew up on a sheep and wheat farm in the South-East, worked in the Iron Triangle upon graduation from Law School, and has friends and family throughout regional South Australia and Victoria.  He graduated from the University of Adelaide with a Bachelor of Arts (Drama Studies) in 1998 and a Bachelor of Laws in 2006.

Tonia Karagiannis was admitted into practice in 1989 having graduated from the University of Adelaide with a Bachelor of Laws and a Bachelor of Economics in 1988.

Tonia has extensive experience in the law. Her main areas of practice are Estate Litigation, Wills, Probate and Estate Administration.

Tonia is fluent in Greek and regularly advises clients of Greek-speaking backgrounds, in particular, for Wills, Enduring Powers of Attorney and Advance Care Directive forms.

Harrison completed his university placement at Treloar & Treloar in 2017. He was admitted in 2018 and joined the firm soon after in 2019.

In 2018 he graduated from Flinders University with degrees in Bachelor of Laws and Legal Practice and Bachelor of Science. Harrison graduated with a major in chemistry and a minor in physics.

He specialises in the areas of Wills, Estate Administration and Conveyancing.

Aislinn graduated from the University of Adelaide with degrees in Bachelor of Laws and Bachelor of Arts in 2017. She has a major in Japanese and a minor in Politics and International Studies.

After spending a year working in an intellectual property law firm in Japan and finishing her Graduate Diploma of Legal Practice in 2019, Aislinn joined the firm as the Rounds Clerk in November 2019. She was admitted shortly thereafter.

Aislinn commenced working as a Solicitor at Treloar & Treloar in April 2021.